A stranger deposits an egg in a duck's nest; it hatches as a baby chicken. It doesn't fit in well with its three duckling nestmates, particularly when it comes to swimming. Momma tries to solve the swimming problem with a couple of leaves, but sends the chick home when that fails. The chick hits on using a half-eggshell as a boat, and manages to rejoin the group. Then trouble, in the form of a bird of prey, which tries to snatch a duckling, but loses a tailfeather to the chick. It chases the chick into an old mill, but gets its head stuck in a wheel. The chick is a hero, and teaches his siblings to crow like a rooster. 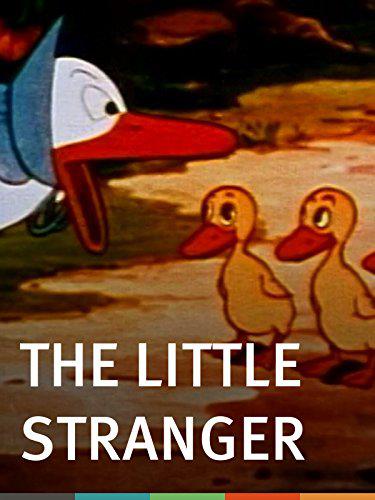 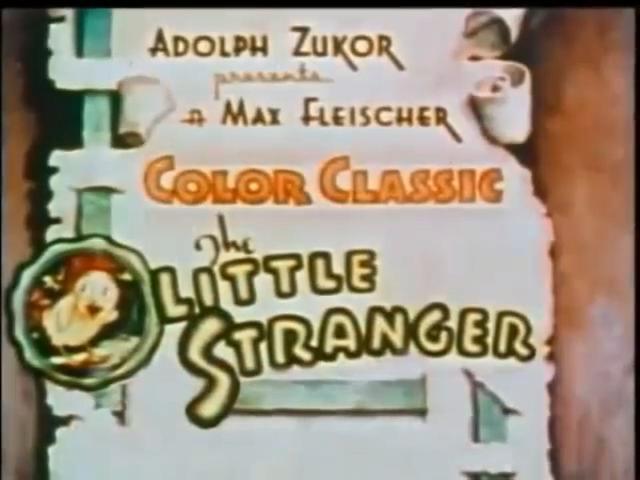 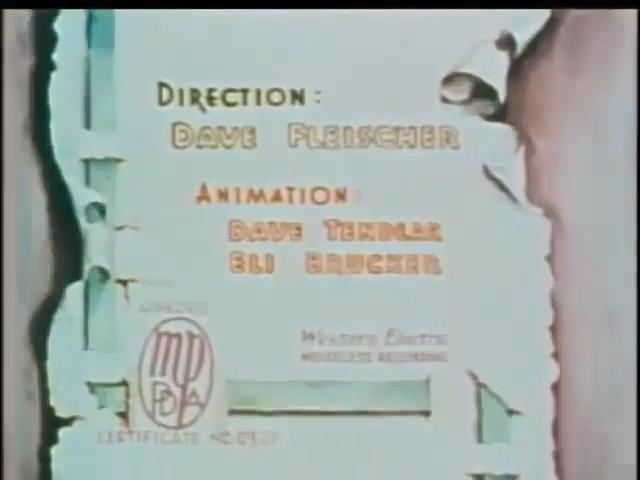 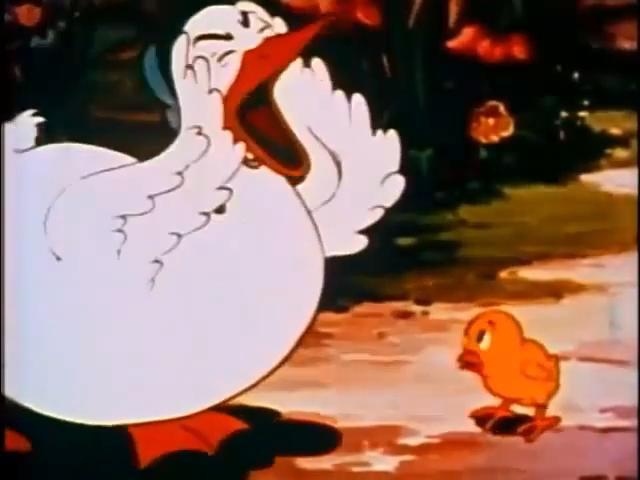 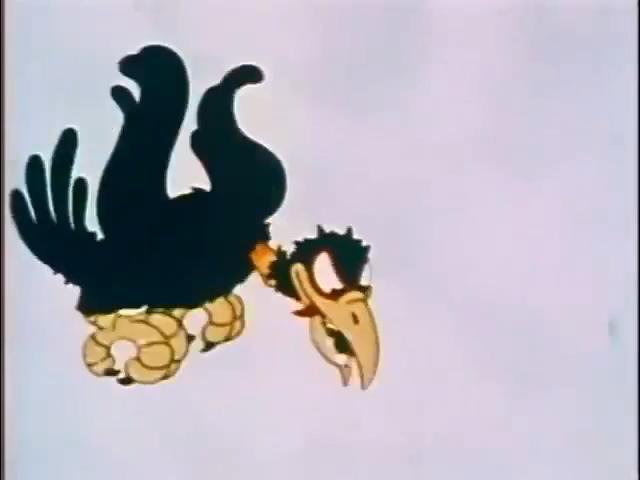 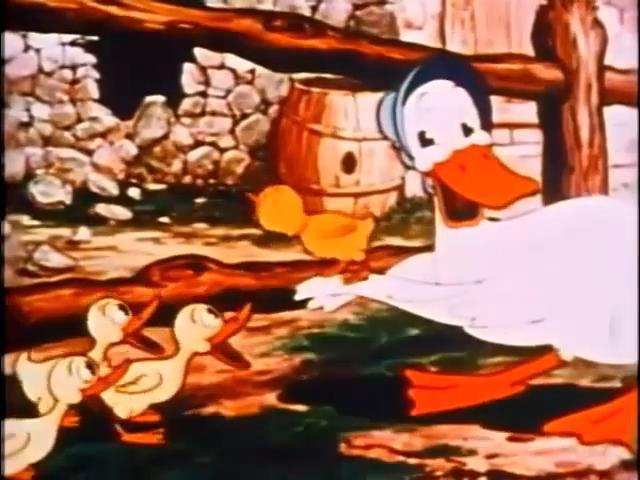